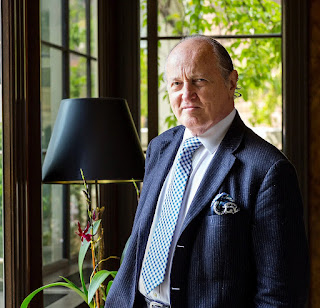 Mario Buatta aka The Prince of Chintz

What a thrill!  A personal invitation to interview Mario Buatta?  Surely you jest?

Well, no - there we found ourselves - speaking with the legendary Buatta, The Prince of Chintz himself.
He engaged us for well over an hour, telling anecdote after anecdote about his 50 years in the design business.  We were enthralled, to say the least.  And impressed.  And entertained.

Funny?  The man is funny, in spades.  Interesting?  Is there anyone he hasn't met?  Talented?  Even his interiors from 40 and 50 years ago seem fresh today - an amazing feat.
He's a legendary practical jokester and that showed in the pre interviews when I asked to speak to his secretary and was told she had died.  Buatta explained he had whacked her with a bolt of chintz!  It took me a few seconds to realize he was kidding of course.  I think!
The truth is Buatta works alone - no staff, no assistants, and no secretaries.  Just him.  Amazing!

We were intimidated at the thought of the interview, but he couldn't have been more friendly, more open, more willing to talk about anything and everything.  After over an hour - we had to finally bring it to a close, though it seemed like he was ready for hour 2 and 3. 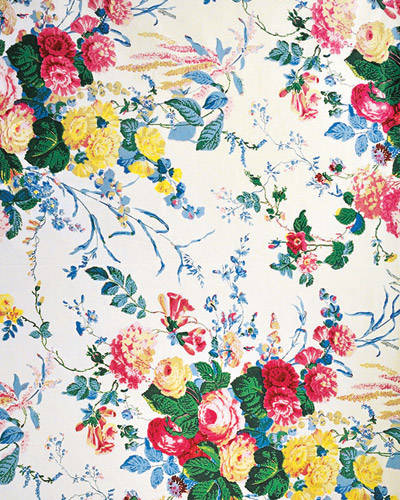 And what is The Prince of Chintz' favorite chintz?  Lee Jofa - Floral Bouquet ! 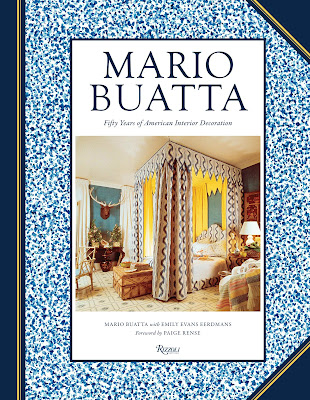 Give the interview a listen - trust us.  This is one informative, interesting, and just plain fun hour spent with the Prince of Chintz.
We were saddened to learn of Mr. Buatta's passing on October 16, 2018. He was a legend.
interior design mario buatta

Susan said…
Linda, Joni and Megan...thanks so much for this interview! I've been whining for years on my blog about how I wish Mario would write a book. When I heard he had one in the works, I pre-ordered it on the spot--that was back in early May. I've been eagerly awaiting its release. I know it will be beautiful and will make me laugh, as well. Love Mario's wonderful sense of humor! Sometimes his play on words will go right over my head the first time I hear it, then on a second listen, I catch it. That happened today in the interview when he said Tudor and then two-doors. Did you catch it? I got it on a second listen.:)
You are so right about the beautiful rooms Mario's creates being timeless. I could live in any one them today. I could so relate to many things he said. I also get attached to certain fabrics or a collectible or piece of furniture in my home and have no desire to change it. I have pieces I love today as much as I did 20 years ago. I can see why he still enjoys Floral Bouquet...it's a wonderful pattern with so many beautiful colors. I need to use it somewhere here in my home in his honor. I wonder if it's still being made...will have to check. Thanks again to you and to Mario for this delightful interview! Looking forward to the book and hope a book tour will follow!
XO
Susan
September 8, 2013 at 4:06 PM

Anonymous said…
This has to be the most interesting and entertaining interview ever presented on the SRT. It's so refreshing to hear a designer of Mr. Buatta's stature be so completely unassuming and self deprecating. In addition, he knows what he loves and doesn't attempt to reinvent himself to mirror design fashion trends. What a joy this man would be to work with. I loved what he said about accessories. How often is it that we see all of the Ballard/Wisteria, etc. stuff lined up in bookcases, sitting on dining tables and accumulated for the sole purpose of achieving "the look".
September 10, 2013 at 6:11 AM

shiree segerstrom said…
Mr. Buatta is a much respected name in traditional style décor. He has a tremendous sense of humor. The LA Times did a piece on him recently that was quite enjoyable too. Thank you for this post Megan, Linda and Joannie. Shiree'
March 25, 2014 at 11:52 AM